Brooks Suggs, a native of Memphis, TN with 30 years of music-related experience leads the Ministry of Music of HTC. Brooks received a B.A. degree in Music in 2009 from Le Moyne-Owen College in Memphis, TN. She also received a M.S. in Higher Education with a focus in College Administration & Leadership from Kaplan University in 2011. In addition, she has also received 45+ credits towards the completion of her Doctoral studies in Public Policy & Administration/Nonprofit Management. Brooks has conducted workshops as a clinician and concerts throughout the state of Tennessee.

Brooks married in 2013 to the love of her life-Rhamar Suggs (a Navy Sailor) and moved to Virginia with her husband by way of the military. They have 3 beautiful girls whom she passionately calls her little sunshines. She cherises her role as a wife and mother and puts her family first.

She has worked with various organizations such as the National Baptist Conventions, TN Regular BM&E, The National Baptist Congress and it's District Associations on the local, state and national level. In her earlier years, Brooks studied gospel and classical musical from some of the most prominent musicians in the ministry like Derrick & Barbara Jackson and Dr. Godwin Sadoh. Brooks has written, produced, and recorded music; held numerous Music Ministry positions; trained other up and coming musicians and singers; able to read music and play by ear. Brooks has also sung and played with National Gospel Recording artist and musicians.

Brooks accepted Christ as her personal Lord and Savior at the age of 8 and received the Holy Spirit at the age of 19 in college. Brooks has served in church her whole life and has always devoted her life to God in true worship. Brooks was called to preach the Gospel in 2013 but instead took a sabatical from ministry when her mother was diagnosed with Cervical Cancer for the 2nd time. After healing from the loss of both parents that passed away a year apart, Brooks accepted the call in 2018 to minister God's word. Brooks regave her life to Christ in 2019 as a declaration to follow God's will and answer God's call for a 3rd time. Brooks Suggs is deeply committed to the work of the Lord and believes that God will get the glory out of her life as long as she continues to serve Him. 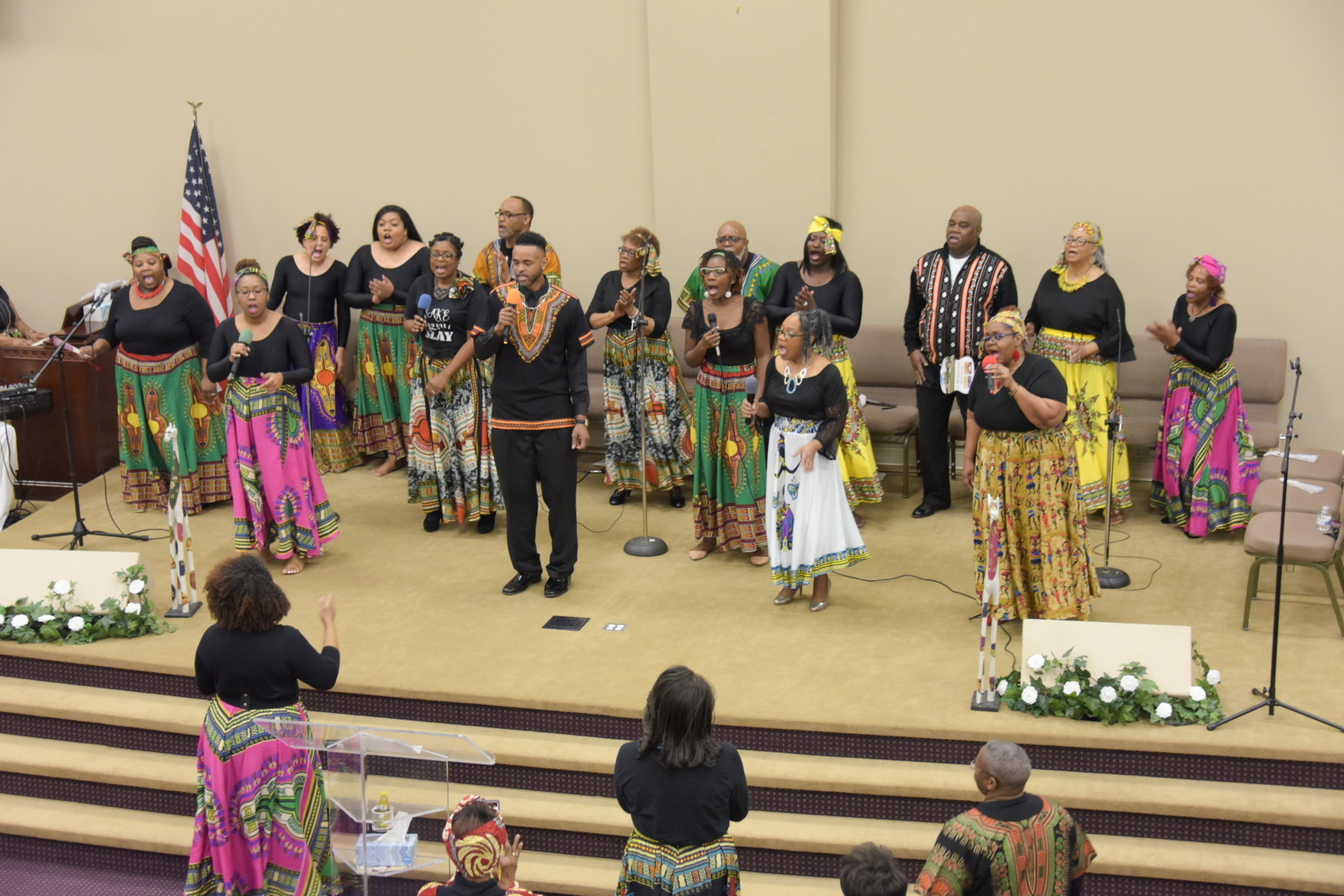 Our Sanctuary Choir is called the Unity Choir and serves each 1st and 5th Sunday of the month. This is a dynamic group of singers that comprise of men and women who are committed to enhance the corporate worship and praise service. This group offers, but is not limited to, a more traditional style of gospel music.

The Praise and Worship team of HTC is called the Levites. This group is an anointed  team of worshippers that lead the congregation in worship for services at the designated time, special services upon the request of the Minister of Music, events, and other occasions upon request. This ensemble will encompass various genres including spirtuals, anthems, hymns, contemporary praise and worship and other diverse styles. The Levites leads HTC in  Praise & Worship every 2nd and 3rd Sunday of the month.

The Youth Choir is called the "Overcomers" and reaches our young people from pre-school to high school aged who have the desire to sing and share their gifts with the church. Our young people sing praises as they grow in their response to God's love and care. They serve every 4th Sunday of each month.

A glimpse of worship during COVID-19.

Register for this event

Your registration has been received.

Your email has been sent.

We have just sent an email containing a new password to login. You can always change this password by logging in and visiting the settings page.

Your request for an account has been received. Once this information is moderated you will receive an email with your account details.

We are excited you've joined the ChurchSpring family! It is our desire to come along side your ministry as you seek to reach the world for Christ. We would like to take you through a quick tutorial to get you on your way. Click continue to get started.

You have reached the limit of 6 main level navigation items. You can always rename or delete your existing main nav items to better organize your content. Consider adding pages to the sub navigation menus as well.

Are you sure you want to delete this item?

We are processing your request. Please do not click anything until this process is completed.
Thank you.

Where would you like this button to link to?

Your gift has been received. You will receive a confirmation email with the details of your gift shortly.